The Ethereum network, valued at about U$D 35 billion at the time of the completion of this white paper, is struggling to cope with scaling issue despite a low volume of users. Ethereum has currently never been used in large-scale products, such as in a worldwide transaction network for instance. Concerns arise when questioning about its future as it is due to reach mass adoption. The most likely answer would be that current problems would worsen. A simple example is illustrated in ICOs, where the Ethereum blockchain can be saturated du-ring several hours. Furthermore, the increase in average transaction fees is a direct result of the exponential growth of the ICO market. Another recent example of the clogged Ethereum blockchain is the famous DApps CryptoKitties. 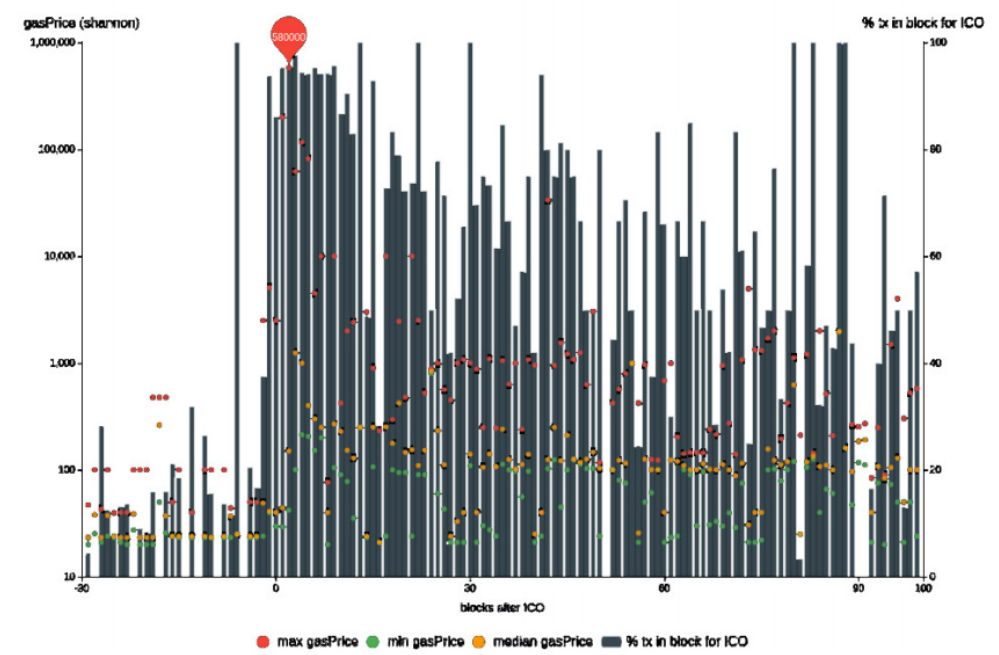 Ether is also currently used as a currency by some investors and users. However, it is not the prima-ry use case of the token. Indeed, it was designed to power decentralised applications. Thus, unlike Bitcoin or Ethereum Classic, it has an inflationary money supply rather than a fixed supply. Contra-ry to what some investors may think, Ethereum is therefore not a store of value.

A wide range of altcoins is based on the Ethe-reum blockchain, many of which continue to see a frenzied commercial activity with the comple-tion of various ICOs. What the future holds for ETH is more and more uncertain.Fortunately, several solutions are emerging to deal with this scalability issue. Not to mention them all, the use of state channels - such as Rai-den - or the transition to the PoS Casper proto-col can temporarily solve the problem. The most promising solution is the use of a new sort of dis-tributed ledger: the directed acyclic graph (DAG).